On some tournaments, besides prize-winning, the winner wins also some valuable prize. Such tournament is Charles Schwab Challenge which has taken place last week in the Texas Fort Worth. 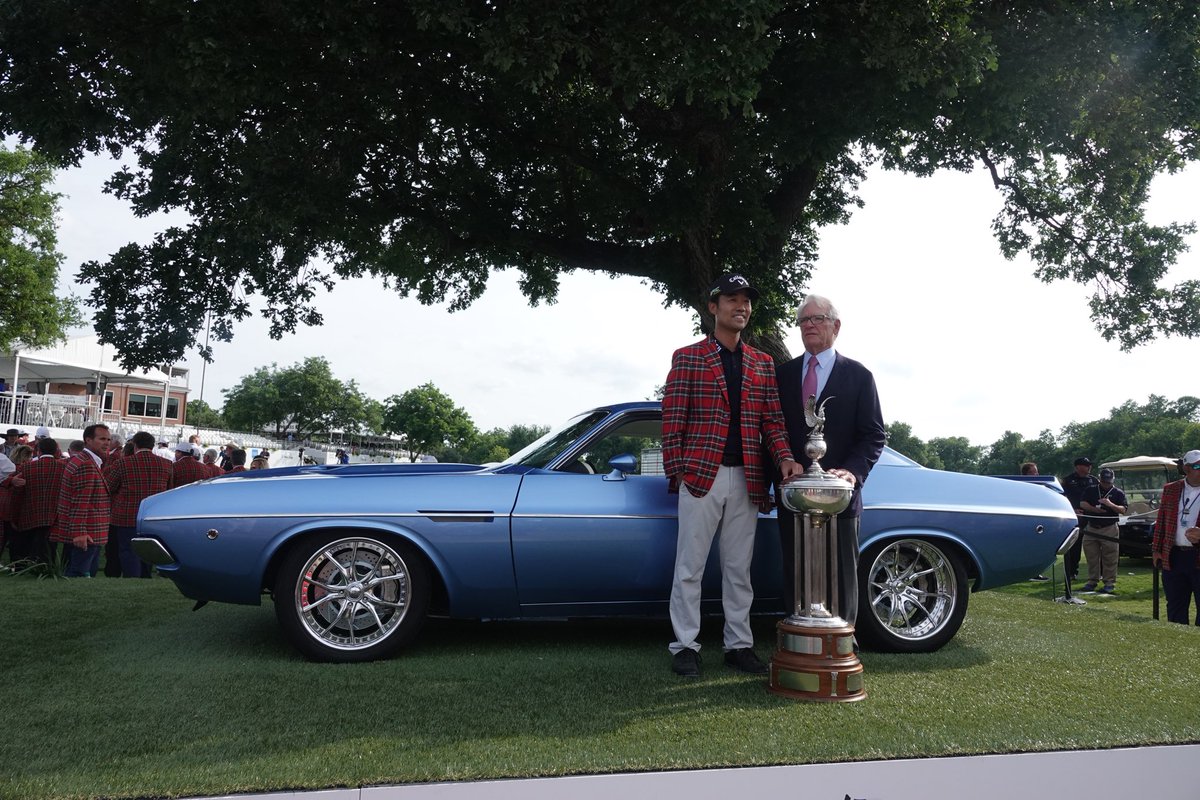 Almost all competitions in PGA tour have on the end of the names of the word Open, Classic or Championship, and Charles Schwab – only which comes to an end with the word Challenge. To what it? To the fact that the champion receives Dodge Challenger of 1973.

It has turned out that Kharms has noticed this car at the beginning of week when he with Kevin have arrived to Texas. The car flaunted all week on special scaffold near the 18th hole. Kharms has photographed the car and has published the following post in “Instagram”.

“After Kevin will win Charles Schwab Challenge, this baby will become mine”, – has written caddie.

Rather self-confidently and self-confidently, considering that Kevin for all the career has won only two titles of PGA tour. Of course, Kharms to some extent joked, but On has taken everything seriously and has promised that if wins tournament, then the car really will get caddie. The golfer had only one condition: he wanted to take the first the wheel of the legendary car and to start the motor. It is unlikely Kenny has something against.

“I do not know how he managed to convince me to give the car. Probably, he is good businessman. But he it has deserved!”, – has said On.

Kevin has added that Kharms, perhaps, has the most favorable conditions among all PGA tour. It is considered that usually players pay caddie about 10% prize-winning after the victory, but Kharms’s percent can be higher.

“I will not be surprised if its percent the highest. I is serious. You can ask it. It will not tell you figure, but it will receive the generous check it is, much more, than receives average caddie”, – considers On.