The former golf instructor of Tiger Woods is discharged of work for radio of a PGA tour for sexist and xenophobic comments.

Hank Haney is famous and dear expert in the world of golf. But in 24 hours the respect for it was lost by many. 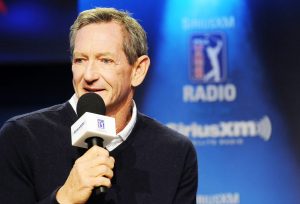 On Wednesday Heyni took part in a radio program about golf. Arguing on women’s US Open which started this week, the expert said the following:

“I think that the tournament will be won by the Korean”, – Heyni told and caused laughter in the leader Steve Johnson. “It is quite safe forecast”, – Johnson answered.

Really, the Korean girls became very successful recently: from 12 tournaments of a LPGA tour of this season six titles won representatives of this Asian country, at the same time five different.

Nevertheless, this comment of Heyni was met ambiguously, especially taking into account his following words which showed that he does not distinguish golfers.

“I will not be able to tell to you the names of six golfers of a LPGA tour. Though maybe I can. Well, if I do not tell the names, then I will begin with a surname of Li. There is a lot of such golfers in a tour.

Michele Ui is injured, and except her I know nobody. Where in general US Open is carried out women’s?”, – Heyni asked.

In two hours after a transfer exit the expert apologized for the words.

“You should not laugh at racism and sexism”

“This morning I afforded comments on professional female golf and players of a LPGA tour who were tactless. I regret for it”, – Hank wrote.

However in the world of golf the criticism wave already began. Michelle Wie – on a twist of fate, the only golfer which Heyni knows became one of the brightest critics just.

“Me, the American golfer of the Korean origin, these comments upset and angered at the most different levels. Hank, racism and sexism is not those subjects at which it is possible to laugh. As it is not a shame to you! I never so do [I do not perform with public criticism], but it is necessary to tell about it”, – Ui on Twitter wrote.

On Thursday, May 30, it became known that Heyni is suspended from work for radio of a PGA tour on SiriusXM.

“Comments of Mr. Heyni of rather professional female golf were tactless, and they do not reflect PGA tour views. Mr. Heyni was discharged of maintaining programs on radio station of a PGA tour”, – it is said in the statement.

The instructor who from 2004 to 2010 worked with Tiger Woods, said that he makes this decision and wants to apologize for the words once again.